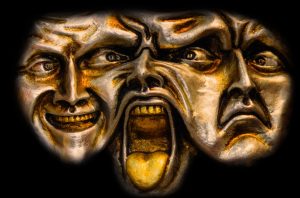 If you want to be great at persuasion, you need to become a psychologist…

You don’t need a formal degree in psychology.

But if you want to be a great copywriter, salesperson, direct marketer, or persuader, you need to understand that it’s all about behavioral psychology.

We study how people behave.

We study what drives people to take certain actions, and make certain decisions.

We study human emotion, and how to use it in selling.

And importantly, we conduct experiments much in the same way as a behavioral psychologist conducts experiments, to scientifically test what people will respond to by buying our products and services.

Doing this long enough forces you to get radically honest about how we behave, what we respond to, and what motivates us as human beings.

Like when I regretfully admitted a couple weeks ago that today’s audience is increasingly responding to messages that feel too stupid and simple to work, when analyzed critically.

If you bring an agenda to your marketing beyond trying to find the truth, you’ll often find yourself frustrated.  You can’t force people to think or feel or believe a certain way.  All you can really do is channel their thoughts, feelings, and beliefs toward your call to action.

And if you focus on what really makes people respond, you may find it easier and easier to generate breakthroughs of response.

This is way bigger than studying copywriting formulas…

I think this is part of why I seldom read marketing or copywriting books anymore.

It’s one thing to get a primer on the fundamentals of the craft.  But if you want to go deep into what really makes people tick, there are very few marketing or business writers and trainers that go really deep.

This is why, for example, I just got this wild mix of audio “books”…

— How You Decide: The Science of Human Decision Making (from The Great Courses)

— Understanding the Mysteries of Human Behavior (from The Great Courses)

— The Art of Storytelling: From Parents to Professionals  (from The Great Courses)

— Radical Acceptance: Embracing Your Life with the Heart of a Buddha

— The Science of Mindfulness: A Research-Based Path to Well-Being (from The Great Courses)

Part of this particular mix of choices is because Audible sent me a deal on a lot of content from The Great Courses.

All of this gets to the very core of human thoughts, feelings, emotions, and behavior.

And all of this will help you become more influential, if you go deep.

I started my day with an early-morning bike ride around a nearby lake.  And while I rode, I listened to the first couple lectures from Understanding the Mysteries of Human Behavior.

One of the core principles of this program is that most of our behavior has roots in evolution.

We think, feel, believe, and act the way we do because we’re wired to.  And we’re wired to because these are the thoughts, feelings, beliefs, and actions that helped our ancestors survive and reproduce.

In the context of this evolutionary understanding, every core human drive maps back to what helped us survive and reproduce for most of human history (which lasted far longer than smart phones, social media, and even modern civilization).

In fact, people who study the evolutionary origins of human behavior have found…

All of our behavior happens for 5 core reasons…

I’ll note that the lecturer, Mark Leary, stated that this is true of healthy people, and doesn’t necessarily explain the behavior of someone with severe mental illness.

— The need for social acceptance…

— The desire to belong to groups…

— The need to influence other people…

— The need to protect ourselves against harm…

— The desire to establish intimate relationships…

Our ancestors succeeded at that.  Which is why we’re here, now.

Those core drives were built into the way we think, feel, believe, and act.  And still today, they influence our behavior.

Now, I’m sure you can think of other surface reasons for your behavior, that go beyond these five.  But it’s likely that if you dig deep enough into the root of the motivation, it will have a tie back to one or more of these core drives.

Let’s say you’re selling career training.  You could focus on the surface motivations, like getting a better job, getting a bigger paycheck, and having more authority.  But the roots of these desires go much deeper.  A better job increases social acceptance in and out of the workplace.  It upgrades the groups you’re a part of.  The new title could increase your influence with coworkers.  A higher income can buy you safety in today’s world.  And that promotion may help with your intimate relationships.

That’s a pretty broad example.  With easy applications tied to each of the five core drivers.  But even just nailing your product to one driver could be all it takes.

For example, let’s say you’re selling a survival product.  If you can believably present the scenario where someone faces clear harm, that’s probably all you need.  They buy to avoid harm.

Likewise with health products.  If I’m diagnosed with diabetes and my doctor says I need to get my blood sugar under control or I’ll get extremely sick and die, I may only need that one motivator to create the one behavior or buying your solution.

You could also have the same product appeal to different drivers, in different buyers.  For example, one person might want to buy an investment product because they believe it will help them gain social status by getting richer.  Another may be concerned about the financial wellbeing of their family, and make their decisions based on that core driver.

Your challenge and opportunity…

…  Is to consider your offer and market, and find out which core drivers are influencing their behavior.

There’s likely one lead drive and desire for every buying decision.  And behind that lead desire, the other core drivers will have their own level of influence.

As you consider how you talk to your market in your persuasive messaging, think about which core drive you need to bring to the forefront.

How can you present that in an emotional way?  Both the negative emotions that come with the fear of not meeting their need, and the positive emotion of finding the successful solution.  (As taught in Emotional Direct Response Copywriting.)

Get to know your market.  Not on the surface level of demographics or even psychographics.

But on the deep enduring level of how your offer matches with one of their deepest, most core human drivers to motivate their behavior.

Once you really understand THAT, you’ll be unstoppable.