“The Control Is Your Enemy” 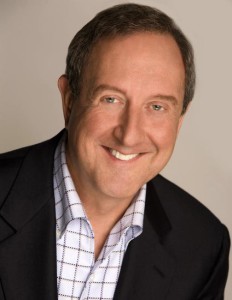 A few weeks back, I wrote a post on 3 Half-Truths About Copywriting…

In it, I wrote this…

“Have a successful sales letter?  That’s your control.  Your control is your enemy.  You must beat it, as soon as it takes that throne.  And once you have a new control, you have a new enemy.”

I got a “Holy sh—” reaction from a reader, Regev, who told me he was going to quote me next to Hopkins, Sugarman, and Ogilvy.

Though the quote above was mine, I can’t claim the idea.  And I told Regev as much.

Rather, it’s something I picked up — or at least, really cemented in my brain — when I was talking to Brian Kurtz in preparation for Titans of Direct Response.

I still remember being on the phone with Brian, in the parking lot at Lowe’s, discussing the big news.

Now, Brian and Gary went way back.  Boardroom was one of Gary’s biggest clients.  He was, as Brian put it, on their original Mount Rushmore of Copywriters, who Marty Edelston and the team had relied on in building Boardroom into a $100-million-plus direct response marketing Titan of a company.

But as of 2014, when Brian was putting together Titans, Gary was almost 10 years into retirement.

And when Gary retired, he had ONE retirement seminar — the Bencivenga 100 — and took a vow of silence to never speak in public about copywriting or marketing, ever again.

Trust me, I know many who’ve tried and failed to get him to speak.  There’s no dollar amount that will pull him from that promise.

But Gary and Boardroom’s founder Marty Edelston were bound by more than business.  That had a mutual passion for marketing — and winning — that ran deep.

And so in the 11th hour, literally as I was writing the sales letter for Titans, Gary changed his mind.  He approached Brian at an event they both attended regularly, and Gary offered to break his vow of silence.

(Brian was actually headed toward Gary at that very moment at my request, to ask Gary’s permission to include an exclusive interview he’d done with another Titan, Ken McCarthy, as part of the bonuses — and yes, it’s still a bonus with the Titans DVDs.)

Marty had meant too much to Gary for him to let Titans — a commemorative event in Marty’s honor — slip by.

Gary broke that vow because of…

A mutual “fighter’s passion” that transcended even death!

You see, both Gary and Marty lived and breathed the challenge of direct response marketing.

They were both relentless.

The testimonial from A-list copywriter Doug D’Anna — a quote Gary insisted I include in the Titans letter (and who am I to say no to Gary B?) — reveals where that got him…

And those numbers are pretty accurate.

Gary showed up to win.  Every time.  Eventually, it wasn’t even about the money.  He wrote one promotion that mailed 100 million pieces.  At $0.05 per piece mailed, that’s $5 million in royalties.  From about 3 months’ work.  And although that was his biggest winner, there were many that mailed in the 10s of millions.

Gary probably fought harder after he didn’t need the money.  Because it became about…

“The thrill of victory, the agony of defeat!”

Sports fans will get the reference.  But even if you’re not a sports fan, you can recognize that’s what really drives top achievers.

Their job is to win.

They show up, and do their job.

Yes, they love winning.  And they hate losing.  But ultimately, no matter what happens, they’re back training the very next day (or that night) with their next match, game, or competition in mind.

Gary and Marty shared that inner hunger.  Not just for winning, but for the competition itself.

And they shared the idea I started this email with, “The control is your enemy.”

This is an agonizing position to be at as you’re becoming a good copywriter.  When you’re trying to pick yourself up to the level Doug D’Anna mentions, where you’re a success just by winning one of four tests.

It’s still a hard attitude to hold when you’re a great copywriter, able to beat the control (against the best of the best) only half the time.

But if you keep showing back up, thinking “the control is your enemy,” month after month, year after year, decade after decade — with a relentless drive to compete because that’s your job and that’s what you’re being paid to do — maybe eventually you, too, can follow in Gary B’s footsteps.

And by the way, this message is just as relevant to running a business — think Marty — as it is to being a copywriter, or being great at ANYTHING.  Your last win is your biggest enemy.  Your last record is your greatest challenge.  Can you better your best?

PS — Here’s what Gary Bencivenga wrote about my original Titans promotion (for the event, not the DVDs — there are a few reasons the DVDs promo can’t live up to the event promo!)…

Great job on the seminar copy! It’s very hard to write for other writers…doubly difficult when they are copywriters…and triply challenging when it’s about their bios!

But you did it…and your promo sings.

One of the bonuses I recorded for the Story Selling Master Class was a line-by-line analysis of what made the Titans promotion “sing.”  (Hint, it was packed to the brim with story selling!)

And I included that complete breakdown along with the Story Selling Master Class as part of BTMSinsiders.  (Along with another line-by-line breakdown of another million-dollar promo.)  PDFs included too, with all my markup.

If you want to get inside my head and learn some of the most important concepts I’ve learned by studying Gary, all the Titans, and the other masters of direct response, you absolutely need to be a BTMSinsiders member.

It’s just $37/month and 100% guaranteed — if it doesn’t blow you away with the value you get, cancel and let me know, and you’ll get a prompt and courteous full refund of every penny you paid.

Start with Story Selling Master Class, and even start with the video about the Titans letter.

Later this week, I’ll have another big training announcement, and you’ll be happy you joined.  (Especially copywriters who want to get paid royalties or based on performance.)