How to make a big sale believable and compelling… 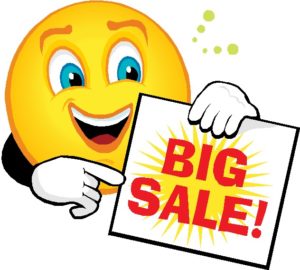 When I woke up at 4 AM on April 21st, it was like any other early morning…

I stumbled sleepily into the master bathroom, and kept the lights off so my eyes wouldn’t have to adjust.

A minute later, I hear footsteps in our bedroom.

I assume it’s my wife, who is almost always up before me, no matter how early I get up, and who was already up this morning.

As I finish in the bathroom, I flush the toilet and open the door.

A shadow bolts past me.  A flashing red flashlight in one hand, an iPad in the other…

I know in an instant it’s not my wife.

“WHO THE [email protected]%K ARE YOU?!” I yell at the dark shadow — a man, I guess from size and build.

I chase him toward the bedroom door.

From here, he has two directions.  If he heads for the front door, he’s out of the house — which is exactly what I want right now.  If he turns and heads into the house, he could be headed for the kids’ rooms or for my wife — wherever in the house she is.

I don’t have to think.  I make a split-second decision.

I must engage him.

He’s running for the front door, and I start landing punches.

He’s reaching for the door handle, and I keep hitting.

He gets through the door.  Drops the flashlight as he runs across our front porch.  Gets around the railing, and bolts across our wet garden for the street.

My wife comes upstairs, we call the cops…

There was someone in the area.  They get there almost immediately.  First one, then probably 5 cars.

Since it was a crime “in progress” on a slow spring morning, they have all the officers they need.

While one officer talks me through what happened and gathers evidence at the house, others set up a perimeter around the neighborhood.

Minutes later, they catch someone — presumably the guy.

He’s got a burglar kit on him in a backpack — the kinds of tools and accessories you’d need to break in to houses.

But not our iPad.

I was shaken, but by the time I was starting work a couple hours later, I had a plan…

It was pretty clear at this point that even if they had caught the guy, our iPad was gone.

In fact, at breakfast we had to tell our kids what happened — and that their beloved “button” was gone.  (That’s long been our name for it since our oldest saw the one button on it and called it “button.”)

Then, I half-joked to my wife that I’d tell the story to my Breakthrough Marketing Secrets readers, and run a sale to buy a new iPad.

It wasn’t long before I’d more than earned enough to get a new iPad.

By the time the sale was over less than 48 hours after the break-in, I’d actually earned enough off the sale to buy more than a couple iPads.

My clients were happy, because they got a really good deal (the sale was on my copy review service).  My kids were happy because we got a new “button” out of the deal.  And I was happy that I could use my marketing skills to make us “whole” again after this unfortunate incident.

And yet, there was something else that excited me even more — the proof of the power of story!

While I half-realized what I was doing at the time, in hindsight it was crystal-clear.

That is, a business has a fire, the smoke damages merchandise, but doesn’t destroy it.  It needs to be washed, but it’s basically “good as new.”

So they run a big sale.

It has a clear and compelling reason.  It’s totally believable.  And, it’s clearly a short-term opportunity, that must either be seized or missed.

Bill Glazer, once co-owner of Dan Kennedy’s Glazer-Kennedy Inner Circle, once ran one of these for his menswear business.

They’d had a sprinkler malfunction.  The clothes all got wet.  Then, they dried.  But they could no longer be sold as new.  His store did get an insurance settlement, but they still had all those clothes they couldn’t sell as new.  So they ran a “flood sale.”

Compare this to the “3-Day Sale,” “Best Sale of the Season,” and other BS sales you can find in the ads in every Sunday’s newspaper.

If you are believable, people will be more likely to respond to you.

Sure, everybody loves a good deal.  But when there’s a solid “reason why” for the deal, it’s even better.

So a flood, a fire, a burglar who stole your iPad…  Those are lemons, waiting to be turned into lemonade by telling the story.

They give you a good reason to offer a big sale.

And they drive response.

Once you understand the power of story, you’ll always be on the lookout for the next story like this…

While I would prefer never to have our house broken into again, once it happened and everybody was safe, I was ecstatic for the opportunity to tell the story.

That’s because I know the power of story in marketing and selling.

And, I know how to use a story like this to actually drive purchases.

If you want the ability, in a pinch, to make back the cost of a stolen iPad (and then some!), that’s just part of what you’re getting with the Story Selling Master Class.

I’m putting the finishing touches on the curriculum for the big launch next week, and this is going to be good!