A devastating secret, and a deadline… 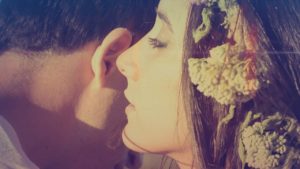 Before this, I’d been a dabbler.

I’d had some clients, yes.

I’d had some success, yes.

But I was stuck.

I was stuck in a job that was just good enough I couldn’t force myself to quit.

It was easy to be passive.  I enjoyed my Nerf wars and practical jokes, my free sushi and my free health insurance, my sales commissions and my base salary that made sure my bills were paid.

But I knew I wasn’t living up to my potential.

I’d discovered copywriting in 2005.  And freelancing with it.

I had every intention of taking a marketing job as a stepping stone toward running my own freelance client business.

But then I got comfortable.

And getting comfortable is the enemy of progress.

Because it’s only in discontent that you step up and do the things you need to do to create positive change.

So yeah, I got a few clients, here and there.

I was doing some gig copywriting work on the side.

But I didn’t take it seriously.

And yet, a deadline and decision loomed large…

This was the saving grace, if anything.

The marketing gig I got was in Oregon.  Where my wife had enrolled in a Ph.D. program.  We now had an infant son, and she was wrapping up her Ph.D.

It was time to move back across the country, to Nebraska.  Where we hoped to raise our family.

In less than a year, I’d lose my comfortable job.

The benefits.  The fun.  The perks.  The free sushi.  (Did I mention free sushi?  It was AMAZING.  Sushi Domo in Eugene, Oregon.)

So I was FORCED by life to make the decision I’d wanted to make all along.

I was forced to get ready to quit that job — and launch my full-time copywriting business.

I’d taken on some projects.

I had a few smaller successes.

I’d also had a few failures.

I was writing the occasional paid piece for clients.

But I certainly didn’t have proof I could replace my income.

And I’d need to.  For the first year after we moved, my wife would be at an internship.

Which was paid, yes.  But not enough for our entire family.

It was succeed, or else.

I suppose I could’ve gotten a job.  But her internship was in the relatively small college town of Ames, Iowa.  And we’d only be there for a year.  So my job prospects were dim.

Again, it was succeed, or else.

That’s when I decided to do something crazy…

We had an infant son.  A mortgage.  Bills.

We’d managed to be responsible for our money.  But we didn’t have that much.

And yet I knew — I had to invest in myself.

I had to learn from people who’d been there, done that.

I had to learn from successful freelance and independent copywriters.

I had to learn from people who were in the field, making it happen.

So I spent a couple thousand dollars on my copywriting education, right then and there.

Right when we’d need money the most, I decided to make one of the biggest investments of my young adult life…

But when I did, I made my wife a promise.

I made a commitment to make it pay off.  To seriously learn and apply what I needed to in order to create a positive ROI from my self-investment.

Just a few months later — and well in advance of our move — I was able to quit my job.

I started my freelance copywriting career in February 2010 with a schedule full of clients.

I was using what I learned to write better copy for clients.

And I was earning substantial fees and royalties.

I ended up replacing my income pretty quickly, and then growing it.

And at some point pretty quickly, I stopped tracking the investment ROI.  And yet…

I never forgot what I learned…

In fact, I later discovered this is a secret of many top performers.

You can use investments in yourself, in your bigger future, to create a sense of urgency.

You can put your money on the line to force yourself to perform.

Heck, some people do it with all kinds of things — car payments, house payments, and so on.

That’s not me.  But I’m happy to invest in myself, over and over again, and force myself to make it pay off.

Because I know it will.

Now this secret may fly against your “better judgment,” especially if you’re a penny pincher (like I can be in other places).

How does it make sense that you can make more money by spending more?

I think you’ll find that if you try it, it will work.  When you spend that money with the intent of using it to motivate ROI.

Not only that, if your disposition is to try to hold onto your money, the discomfort you feel from making a big investment in yourself will have even more emotional power.  Which means you’ll work even harder to make sure it pays off in spades.

But be careful.  Because as soon as you realize how well this works, you may feel a little devastated — at least I did.  Because when you look back at all the times you didn’t invest in yourself and commit to success, you’ll start to wonder what would have come of it if you had.

Keep looking forward though — because you can’t change the past.  But you can change the future.  And the way you do that is by the actions you take right now.

How are you investing in yourself?

What investments are you making in yourself, and especially in your skill development, to move yourself forward and create the future you desire and deserve?

An outside force pushed me to make my first big investment in myself.

I had a looming deadline, and a desire for an outcome.

If you have a desire to grow your business, through better marketing, and to grow your copywriting skills, I believe my BTMSinsiders is the single-best growing resource to make it happen.

And yes, there’s a looming deadline.

With the monthly membership option, you pay one low fee every month for access to everything.  All the training currently in the catalog.  Plus all new training added for as long as you’re a member.

The monthly fee is $97 — although I’ve been told it should be at least twice that.

Other marketers sell the equivalent of just one training title from my huge catalog for $2,000 to $5,000 or more.

Unless you respond within the next 24 hours or so — in which case you get a better price.

Because until tomorrow, March 6th, at 6 PM Central, you’ll pay $50 LESS for your first month.

(Same first-month guarantee, too.  Try it and if you’re not convinced you can make 10X-100X ROI by applying what you learn, let us know for a prompt and courteous full refund.)

But there’s a deadline.  And when it’s gone, you’ll never be able to get in at this price again.

Click here to learn more and get in before the deadline.